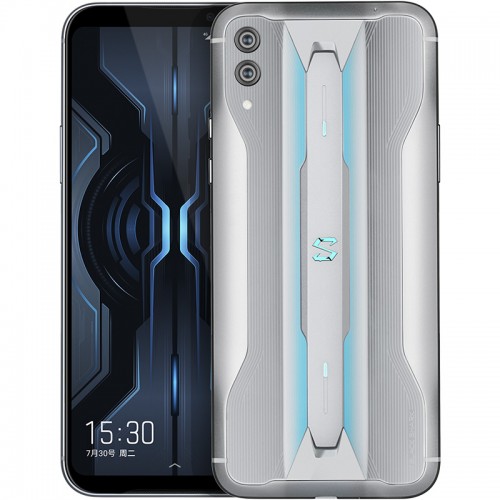 The Black Shark 2 was released back in March and is one of the best gaming phones you could buy but now the brand is coming out with a revised version dubbed the Black Shark 2 Pro. It’s a minor upgrade over its predecessor and aims to offer the latest Snapdragon 855+ and UFS 3.0 storage alongside a slightly refined design with improved grip and two additional RGB lights on the back.
Black Shark 2 Pro unveiled with Snapdragon 855+, UFS 3.0 storage and 4,000 mAh battery
Up front, we have an identical 6.39-inch AMOLED display with FHD+ resolution and stereo speakers. Black Shark claims it managed to reduce touch latency down to 34.7ms compared to 43.5ms on the Black Shark 2. This should result in a snappier gaming experience with less visible lag. The UD fingerprint sensor from the Black Shark 2 is here as well.
Under the hood, the device is powered by the latest Snapdragon 855+ alongside 12GB RAM and your choice of 128/256GB storage which now supports the faster UFS 3.0 standard.
Black Shark 2 Pro unveiled with Snapdragon 855+, UFS 3.0 storage and 4,000 mAh battery
To showcase just how potent this combination is, the device managed to push out 500,610 points on Antutu which is the highest score on the platform to date. Another addition is the updated liquid cooling 3.0 which now comes with a liquid-cooled plate and tube for optimal thermal management.
The camera department relies on a double shooter combo with a 48MP F/1.75 main sensor and a 12MP F/2.2 secondary helper. The selfie cam is 20MP with an F/2.0 aperture. The battery remains with a 4,000 mAh capacity and with 27W fast-charging support. On the software front, the Black Shark 2 runs a near-stock version of Android 9 Pie.
Black Shark 2 Pro unveiled with Snapdragon 855+, UFS 3.0 storage and 4,000 mAh battery
The Black Shark 2 Pro will be available in China starting August 2 in Black, Silver, Blue, Orange and Purple colors. Pre-orders begin later today with the baseline 12/128GB version retailing for CNY 2,999 ($435) while the 12/256GB variant comes in at CNY 3,499 ($508).
Source https://www.gsmarena.com/
Share 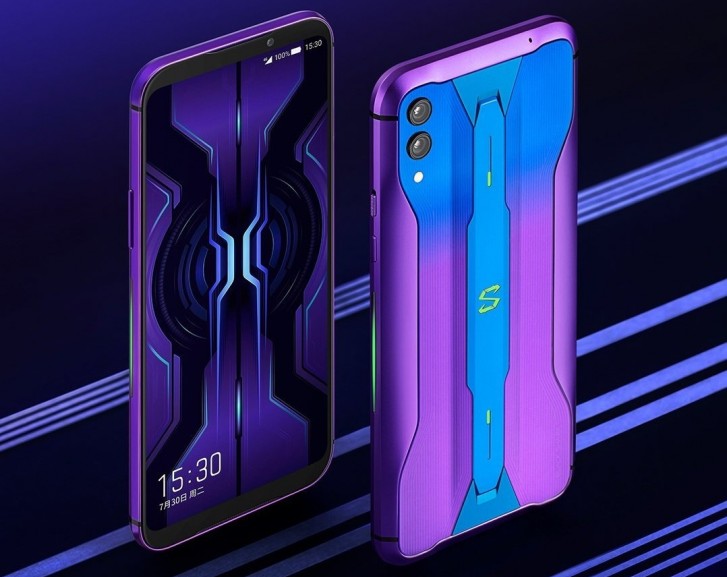